A Sip of Science

As Leiden European City of Science aims to achieve an accessible and inclusive program, it has broadened the definition of science beyond its more traditional meaning. Obviously, the definition of science covers all fields of alpha-, beta- and gamma studies but it also has taken it a step further to include artisanal skills that are driven by knowledge.
Throughout the ages, artisanal trades and craftsmanship have been a big part of Leiden’s history and have shaped the city as it is today. To celebrate this rich history of craftmanship, Leiden based Brewery Pronck has developed a beer for Leiden European City of Science called A Sip of Science.

This beer is a smooth amber ale with grapefruit juice, ginger leafs, three different hops and will get your mind going. Brewery Pronck is very excited to be part of Leiden European City of Science and is proud to present A Sip of Science to curious minds from all across the world. 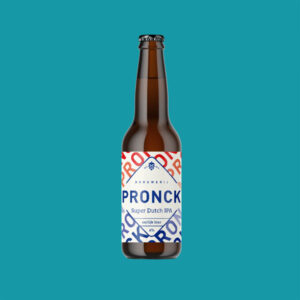